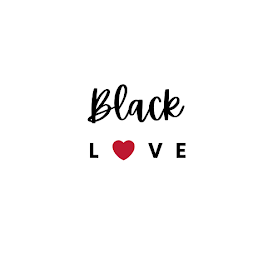 "Nya Akoma!" This greeting is how to acknowledge Black Love Day, which is TODAY apparently. I didn't realize that we celebrated such a holiday on February 13 until I saw multiple posts across Facebook, Twitter, and Instagram earlier this morning - hence my inspiration to author my first blog post in over a year.

I announced to my fiance this morning about the African-American designated holiday, interrupting his puzzle construction time with the boisterous declaration, "Happy Love on Me Day cuz I'm Black!".  A White man, he posed some great (and funny) questions...well, funny to me as I have a warped sense of humor.  "Do we both have to be Black to celebrate Black Love?" "Can we celebrate Black Love as a couple if only one of us is Black?" And of course, I added to the barrage of questions including "could today be Black 'self-love' Day", "could I participate in Black Love Day if my soon-to-be significant other is White," and the most important question:  "why am I just hearing about this holiday TODAY?!"

According to a quick Google search, Black Love Day was established in 1993 by Ayo Handy Kendi.  This day is intended as a "day of atonement, reconciliation and celebration."  Lifted from a Twitter post from Ujima Community, this 24-hour commemoration is to express love towards "the Creator, for self, for the family, within the Black community and for the Black race."

While skimming through social media posts tagged #BlackLoveDay, all I saw were photos of Black couples.  Though I highly agree that Black romantic love is important, given the state of our society as demonstrated through the unjust murders of people like Breonna Taylor and George Floyd, we really need to broaden the scope of this special day.  But, I've gotta give it to mainstream media as they are behaving just as I suspected:  capitalizing on the privileges of romantic love, something a lot of folx (including myself until recently) were outsiders to this over-hyped club.

Now knowing what the actual day is about, I'd like to take this opportunity to reclaim it and recommend movies and television shows that I love that embrace the concept of "Black Love" that is especially important.  FULL DISCLOSURE, I've been looking for an excuse to curate a list of favorite "Black Love" movies for a long time, one that was a list of films and shows that explored love from the perspective of chosen family, self-actualization, coming-of-age, and romance.  Today is a great reason to do that.

Here are several films and television series I'd recommend to watch as a way to celebrate Black Love Day. 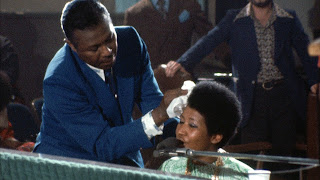 Originally shot in 1972, audiences get a front row seat to the live recording of Aretha Franklin's
groundbreaking gospel album.  What made me consider adding this documentary to the list is how the relationship between Franklin and her father, the Reverend C.L. Franklin is depicted.  There are several precious moments shared between the two that highlight their special bond.

The Oscar-winning animated short film by Matthew A. Cherry shows the special bond of a father and daughter through tending to the little one's hair while her mom is recovering from cancer.  Recalling times with my dad as a little girl, this movie is especially important to me as it demonstrates the importance and influence of such formative relationships like the ones with our parents.  If we were to fast-forward decades from now and interview the young female protagonist of this story, I'm willing to bet that she would have grown into a fairly confident adult because of this relationship. 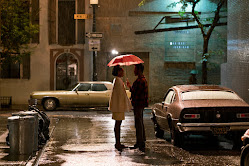 Adapted from the James Baldwin novel of the same title, this film makes the list because of its tenderly treated sex scene and the way the family embraced the soon-to-be young mother. 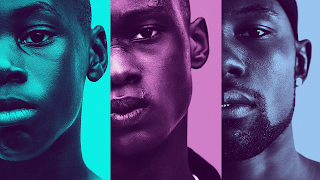 Of course, this film had to be added to this list.  There are so many reasons to love this Best Picture Oscar-winning independent film by Barry Jenkins.  I don't want to give away any spoilers but prepare yourself for a beautifully told story of self-exploration and discovery.

Starring Parker Sawyers and Tika Sumpter as Barack and Michelle Obama, this independent film chronicles the first date of the future First Couple. 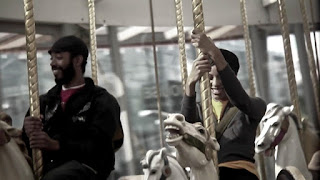 A beautifully shot black & white film by Barry Jenkins, viewers gain insight into the aftermath of an unexpected one-night stand.

Though intended as a romance movie, the thing I most appreciate about this film is experiencing Black women finding their way to joy.  The sisterhood in this film reminds me of my own friendships, some of the most important relationships in my life. 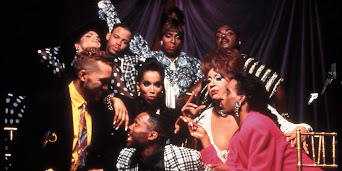 If you're looking for a film on the importance of chosen family, this documentary is a MUST SEE! 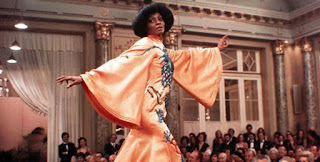 I first watched this film with my mom.  Starring Diana Ross and Billy Dee Williams, I appreciated this film as a child for its beautiful love story.  As an adult, I am able to identify and analyze the problems of this complicated relationship and learn from watching Tracy Chambers (Diana Ross) grow into herself. 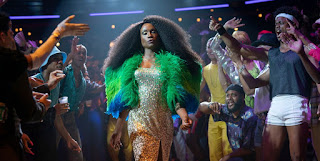 I would like to acknowledge the fact that though I haven't seen an episode yet (which is one reason why I added it to this list as a reminder to start watching it).  This FX series is too important to the culture to miss.

A web series available on YouTube, No Shade is a unique coming-of-age story set in Brooklyn, New York. Yes, I believe that adults can be the protagonist of these stories too. 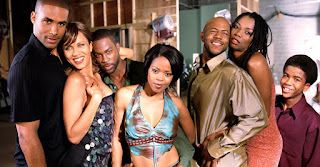 A spinoff of the film of the same name, I personally adored this Showtime series simply for the super HAUTE love scenes. 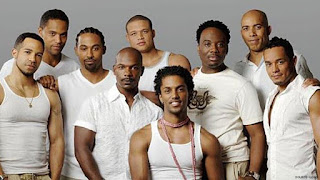 I remember when this Logo series first aired!  Though short-lived, this comedy-drama is especially important as it chronicles the lives of four Black gay male friends, which I believe was a first for its time.

I hope that you'll make time to watch one or more from this list today.  If you do, let me know in the comments section which one(s) you selected and what you thought of it!