What does it mean to experience iconic figures who influenced you indirectly earlier in life but you don't acquaint yourself with their contribution to the world until after they've left this earth?! Well, I find myself in that space recently. 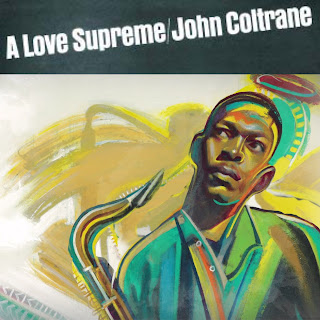 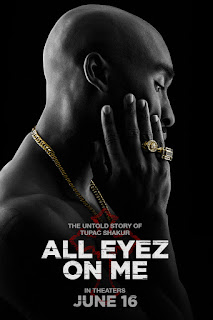 A few weeks ago, I saw All Eyes On Me (2017), a biopic on the (very short) life of TuPac Shakur.  This past Wednesday, I saw the documentary, Chasing Trane (2016), on yet another short lived but prolific life - that of saxophonist and jazz composer, John Coltrane.  I was shocked, and sad, to learn that both men died fairly young - Shakur at 25 and Coltrane at 40.  I should have been well aware of the age of Shakur's departure since I remember, to the day, of hearing about the time he was shot in Las Vegas.  But given that I was so young at the time, I have vague recollection of the fine details around the tragic event.  And Coltrane, I didn't find out the exact age until towards the end of the film when they revealed this fact.

As the constant self-reflexive person I am, I found myself wondering what have I accomplished in my life by the time I reached (or will reach) these ages.  By the time I was 25, I was in my first year of my M.F.A. program.  I'll soon be turning 40 and there's so much I have yet to accomplish but really want to.  Both Shakur and Coltrane had these massive bodies of work and have each recently been inaugurated into their respective industries' equivalent of a Hall of Fame.

How many people are familiar with the "Jesus Year?!"  This term refers to the age that Jesus was crucified and loosely a time when people experience some sort of rebirth.  For me, my "Jesus Year(s)" are 25 and 40...especially 40 since it's creeping up faster than what I wish to acknowledge.  What can I and have I accomplished by 2019?! I just gave my age away but I'm a woman who is proud of getting older, especially since my mom died at a young age (57 will be another "Jesus Year" for me as that is the age that she passed - I, of course, hope to make it further).

I look up to both Coltrane and Shakur for their discipline when it came to being able to generate their musical catalogs and also the pride and love they showed for their families and communities.  Both humble in their own way, they never forgot their origins and those who helped them accomplish dreams and goals.  I especially look up to Coltrane for his spiritual discipline and his connection to this realm.  This is something that I've struggled with for all of my life and I want to find a way to marry my religious and spiritual connection with what I think is best for me, lifestyle wise.  Growing up Christian but finding myself aligning more with Eastern spiritual practices, all of these things clash in dangerous ways....some alienating me from those I grew up with and others from my past.  This is very hard for me as I'm someone who believes that the past plays a huge part in forming one's identity (it's not the sole thing but one that informs who we are - whether it's trauma inducing and making us wanting to completely divorce these painful experiences or the proud sum of the whole).

While Coltrane has exhibited some form of musical talent and genius for most of his life, it wasn't until he sobered up from drug use earlier in his career and found a spiritual practice that he began to produce his most important and influential work.  I've always thought to myself what would and could happen with my writing if I found this for myself.  I've been sober, from alcohol and not by choice, since October.  And, while I haven't found the sort of clarity gifted to Coltrane, I haven't experienced a panic attack since late October.  I had to stop drinking due to medication that I'm on to curb these attacks and I'm very happy that I haven't had one in a while.  For those who haven't had one, panic attacks (literally) feel like you're dying.  Though I miss my mother dearly, I'm not ready to join her quite yet.

I've always participated in some form of artistic practice.  Whether it was singing in my church's choir from age 6 to 14, studying African dance, flamenco, and modern throughout most of my life in some form, playing the clarinet starting at 8 years old, writing my first poem in 2nd grade and winning a statewide competition with this piece, or photographing the beauty that surrounds me on a daily basis, I've always been a "creative."  The issue has been what is the genre/discipline that I can dedicate my time to the most and one (or multiple) that would bring me the most joy and fulfillment.  Every time I've worked hard towards something and haven't yielded my desired results, I quit it immediately and put it in the back of my mind like it never happened.  This is what happened with playing the clarinet and classical music, acting, and dancing.  Dropping the clarinet is accompanied by so much trauma as no matter how hard I practiced, I never made it past third chair in orchestra or band, I didn't get to solo often in orchestra (there's an infamous story of me losing the bass clarinet solo for Pines of Rome despite being assigned this instrument in orchestra), and I had so many private instructors and conductors tell me that black people don't do classical music and that my lips were too big to form the embouchure that would produce the standard classical sound.  The last time I seriously practiced and played was at 22 years old and I've since played a lot of money to get my instrument overhauled - and, I experienced some trauma around this as the instrument repair company did a poor job and wanted to blame me for the issue.  I got it repaired in a different state and it was shipped back to me.  Upon opening the delivery package, I found keys and screws bent.  So now, my instrument is sitting in its case on the kitchen floor because I just don't have the energy or motivation to find someone to make the final repairs (this is also after already spending more than $500 on the initial rebuild).

I've spent most of this morning listening to Coltrane's A Love Supreme (1965), an homage to his spiritual relationship with God.  It is one of the most important works in his canon and in the jazz world.  The documentary goes into some detail behind what it took for him to be able to compose and play this masterpiece.  Sadly, he died of liver cancer only a few years after the release of this album.  It's not really ironic that I'm listening to this work on a Sunday morning, the time that many of the Christian faith traditionally find themselves in their homes of worship.  My Sundays tend to be my time with a Higher being as I spend most of the time journaling, reflecting on the past week and the week ahead, along with disconnecting from most media.  I also light a candle on the altar I built in honor of my mom after her passing.  Given my current lack of a spiritual connection and a routine artistic practice, will I ever find myself being able to produce the equivalent to A Love Supreme? Honestly, I really hope so.


All of this is to say that these films and the lives they each depict have given me so much to think about and reflect on.  What is it that I want my life to be remembered for?  What is the thing - or are the things - I wish to leave behind? Do I really want to be a Mozart or Shakespeare, artists whose works weren't really celebrated until centuries after each of their deaths?!  What is it I'm doing with my life?!  What do I want others to say about me once I've reached my Coltrane "Year"?!  Readers, how many of you stopped to ponder these questions? What would you like to accomplish before your "year"? What have you accomplished by your "year" and is it what you wanted and hoped for? Whose milestone would you make your "year" and why?  As always, I like to leave you all with multiple questions because these are the questions that I have for myself and I hope that everyone is thinking along these same lines as these are the things that make us "us."
Posted by Nicole M. Young at 11:59 AM 2 comments: