The Process is Progress: Discovering Yourself Through Writing 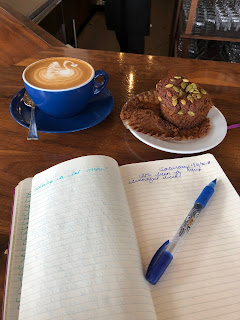 I’ve always been involved in the arts in some way but never would I have ever thought I’d become a writer. I picked up my first musical instrument at 8 years old, started off as a music education major in undergrad but left with a degree in theatre.  I’ve been on stage as an actor, worked behind the scenes as a stage manager, director and producer, and have played in several pit orchestras for musicals but never would have thought that I’d take on such a solitary form of creating. It wasn’t until I arrived in Western MA over 11 years ago that my subconscious would hit the pen and paper for public consumption.

Being 27 years old and living in a college town, it was hard to make friends.  It was recommended to me that I join a writing and performance troupe for women of color in the area.  I had no clue what I was getting into yet was open to whatever results followed.  From this experience blossomed the need and desire to write even more beyond the material generated just for the group.  The same woman who made the recommendation for me to join the troupe also suggested that I then enter a playwriting competition.  Acting, directing and stage management were skills I was most comfortable with.  Spilling my soul to paper again beyond the form of a monologue was yet another challenge I was willing to face.  This play received an important accolade, one that encouraged me to continue writing.  It was an award named for my favorite cultural critic, essayist, playwright and poet James Baldwin that came along with a nice cash prize.  This recognition gave me the permission to explore further this newly discovered trait.

As I learned more to exist in this space, one quite different from the one of vital formative years, I became more open to pursue writing on my own.  I took on journaling, which I now have several bookcases dedicated to the journals I’ve accumulated over the years, as a way to reflect on writing projects past.  From the time of being a member of the writing and performance ensemble to the themes that emerged from the play, I realized that my writing assumed a very important mission.  I discovered that I was writing about how my identity has changed through “growing up” in Pioneer Valley – and that was through the world of dating.

Unlike most people, I didn’t begin seriously dating until I moved to this area.  One would think that I would have pursued love earlier on in life but through attending undergraduate and graduate school years prior, I was more determined to make my parents proud with degrees in hand and a substantial way to support myself.  The things I learned about myself through dating were very eye opening.  I didn’t want to acknowledge the harsh self-awareness to myself yet I was willing to share it with the world through the monologues I wrote for the performance group and the play (which deals with interracial dating and my qualms with its associated issues).  My writing also became more of a social justice issues as only negative stereotypes about women who are like me (both women of color and plus-size women) are relegated to hyperinvisibility in mainstream media as it pertains to romance and dating.

Sometime in late 2016 after dealing with the sudden loss of my mom, I needed to dive head first into a project.  I collected all of the free write poems and journal entries I’ve written over the years and saw how multiple themes around the person I’ve become while living in this area emerged.  At now 39 years old, having now lived on both sides of the “tofu curtain,” My writing reflected the experiences of a very proud, still single plus size Black woman with natural hair and a very statuesque figure living in an area that is extremely monochromatically different than where I spent the first part of my life and of someone who spent a lot of time out in coffee shops, restaurants and movie theatres alone.  Born from all of this was In/Put. 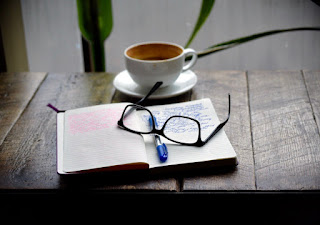 In/Put, a self-produced spoken word album, was recorded live at Click Workspace earlier this year in March.  Instead of looking to get the poems that became this project published, I thought to recite them for people to listen to them as a way to pay homage to my earlier theatre training.  Plus, I love to hear myself on the microphone.  The idea of the live recording was inspired by stand-up comedy, a form of entertainment that I absolutely love yet have found the courage to take it on.

After a successful Indiegogo campaign, relying on very talented friends and having my parents’ indirect support (both of my parents have since passed on as of Christmas of 2017 and I was fortunate enough to have access to an inheritance), In/Put:  Live from the Valley will be out in February of 2019.  One of the most important things that I did for this project was to hire a dramaturg/script advisor.  Though poetry, I wanted to create an experience for listeners – as I’m a storyteller, I needed all of the work to make sense together as a collection.  She, the dramaturg, helped curate the order of the poems and gave some very good feedback on the work.  I did several rewrites on some of the poems before the recording.  And also given my theatre background, I wanted the work to flow like a monologue as it is easier for me to perform rather than recite poetry.

I am very much looking forward to sharing this work with others and continuing to still learn more about myself as others experience this work for the first time.  I’m unsure what types of writing I’d produce next which I’m finding it rather difficult to write about any other subject than dating and identity.