The Importance of a Story: A Response to Crowdfunding 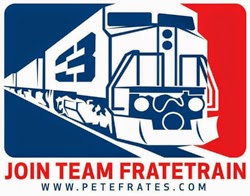 How many of you out there remember the Ice Bucket Challenge from 2014? I hope a lot of people do because it received national (I'm thinking even international attention) and raised over $100 million towards ALS (amyotrophic lateral sclerosis) research. And, the challenge was accomplished via social media. I'm very impressed that this effort raised so much money in a short period of time all because of one person's story.


See, I was initially approached to participate in the challenge. I declined. I elected not to participate because while asking around about what the challenge was for, who chose dumping a bucket of ice water over one's head as the way to meet the challenge, why ice water, what does ice water symbolize, and other questions that I hope people are asking themselves before they donate, I received zero response. I only got grief for questioning my participation.

A few weeks ago, I attended a conference for work: the CASE District I Conference in Boston (CASE stands for the Council for Advancement and Support of Education).  Nancy Frates was one of the keynote speakers during the conference.  She is the mother of Pete Frates, the gentleman whose story initially sparked the ALS Ice Bucket Challenge. Titled "Team Frate Train and Why the ALS Ice Bucket Challenge Went Viral", Mrs. Frates' speech touched upon her son's story, the start of fundraising efforts, and the campaign that became Team Frate Train.  Listening to the "conductor" directly, I felt ashamed that I didn't jump onboard the first time the call was announced.

The story was so compelling and very personal.  Mrs. Frates talked about her son's journey through college baseball and the brief professional career that followed, his diagnosis, the deterioration of his neurological system, and the impact ALS (also known as Lou Gehrig's disease) has had on Pete and his family, including his newlywed status.  This story pulled at my heart strings to the point that I, in the near future once finances allow, will donate to the ALS Foundation.

The purpose of this post is to emphasis the importance of a story.

I'd like to think of myself as an informed consumer and someone who wants to be actively involved in social change.  To effectively do this, I absolutely have to know what I'm attaching my name to.

I approach philanthropy similar to that of the funders on the ABC show, Shark Tank.  They're not necessarily participating in philanthropy yet the concept of the show mirrors the essence of it.  They hear a story, see a demonstration (in most cases) and get to know the product and its creators prior to offering funding.  I don't have the type of money that these sponsors have but I strive to offer my time, talent, and treasure (whether it's through the form of a monetary contribution, volunteering or serving on a board of directors for a nonprofit organization).

I feel like being "in the know" of whatever you're contributing to makes for sustained involvement, which helps to improve the conditions that these types of initiatives are raising money for.  I believe that while crowdfunding is a great initiative overall and is getting people involved on equal footing in giving back with no barriers or prejudices towards socioeconomic status, I advocate for being educated on what you're donating to.  For your name is attached to those efforts as well.

The next time a link to a Go Fund Me campaign (or some other crowdfunding) campaign comes across your social media feed, please do your research prior to contributing and also before asking other to join the bandwagon.  And, for those who are preparing crowd funding pages, be prepared to share your story - in a compelling way in order to move hearts and motivate others to feel as passionate and attached to your cause equally as you and others closest to you.  While a small step, these sheer minutes, in most cases, seconds, will lead towards smarter and more effective philanthropy.
Posted by Nicole M. Young at 5:31 PM