Whose Body is it Anyway? 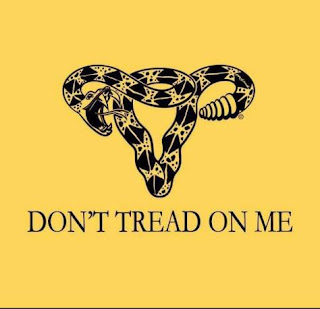 For those who know me well, you'd find it very ironic
that my blog post has this photo (my deathly fear of snakes).
But this image captures so much with so little.

"Putting yourself on the market" is a reference mainly associated with the act of dating.  When you think about the hustle that comes along with looking for "the one," this sentiment makes complete sense.  For those of you who (like me) are mostly meeting people through sites and apps like OKCupid, Bumble, Plenty of Fish (one I haven't tried yet for a host of reasons), Match, Tinder, and FetLife (yes, I've been on this site and will dedicate an entire blog post to this "adventure"), you have to think of strategic ways to sell yourself.  Write the perfect profile introduction.  Post the most desirable, yet tasteful, photos to catch someone's attention.  And then, be cautious about what you choose to share with that person once you've started conversation.  Dating is more than a game.  Dating has literally become a system of commodification - people going above and beyond (and in many cases, doing things they find unfavorable) to be taken off said "market."

I thought about this concept as I reflected on a charged exchange from a particular Facebook post from a few days ago - one that I posted, of course.  I wrote the post in response to recent legislations passed in Missouri and Alabama around abortion.  I stated something along the lines of how can cisgender, heterosexual men these day proclaim to want unprotected sex (well, their words usually are "I want to cum inside you" or "shoot my huge load in you") with lack of commitment all the while conservatives are trying their best to abolish women's rights to choose how to proceed with an unwanted pregnancy or one where her doctor and her family may find not be in the best interest of the "carrier" (said future mother) and the child.  The person challenging my statement said (paraphrased) what about both sides and both people when it comes to this act.  I asked for more details but the conversation went off course.  While I wasn't able to gather enough information to garner a meaning behind what the responder was attempting to say, I did think about this notion of "both sides."

What I think this person meant is that it takes two people to partake in an act that could lead to an unwanted pregnancy.  While a man can propose wanting to have sexual intercourse without a condom, the woman would have to oblige in order for said act to take place.  Here's where I'd like to call b***s*** on the notion that the woman has the right to back out and say "no."

Patriarchy, unfortunately, defines many relationships.  I highly believe that women who are interested in dating men create this persona so that they can be found attractive, henceforth taken off the "market".  I'm definitely guilty of it.  The women of Uppity Negress podcast calls this group the "pick mes"where cis women interested in dating cis men do particular things for men to find them desirable.  I've fallen into this trap a million times!

Men who I've met online have all given me the same story upon the initial meeting.  They can see me as a potential long term romantic partner and they can make good on the ills left behind by those before them...the numerous men who have rapped the same lines before and left collateral damage because they've hurt me so badly (this is going into my memoir but when men who have gone out with me more than once end things, they tend to give an unsolicited exit interview offering the reasons why I suck as a girlfriend and why they've decided to date a specific other woman...and in many cases, they share explicit detail on who the woman is and why they deem her better than me).

We go out on the first date.  Things go swimmingly and then the end of night dating ritual falls upon us.  They mention wanting to have sex with me, which honestly, I'm game to having one night stands and have offered this many times...but men continue to say that what they want with me is much more than that but in the end, it becomes the one night stand as they vanish after the first date.  And, they tack onto the "proposal" how badly they want to have sex with me without a condom (of course, using the choice constructed sentences I mentioned earlier).  Along with other words and displays of affection, many of them I rarely hear as I don't think that I fit the stereotype of what I think men are looking for, I give in.  Following those who have came before them, they have completely vanished immediately the next day.  I log onto the dating app where I initially met them and they've blocked me (with OKCupid, you can tell because your message thread vanishes and you can't find them on your "like" list) and when I go to contact them via the cell phone number they've provided, I call and get transferred to voicemail OR the text message is never "delivered" as many of these men have iPhones.  So, I've been blocked from any and all communication.  And what's extremely upsetting about all of this is if I were to come up pregnant or contract an STI from our "one nighter," I have no way of reaching these men to let them know the news.  While I could have said no to sex, these men need to take more responsibility for their actions...either by insisting we use a condom, not have sex at all or completely tell the truth and be honest about what it is they're looking for as oppose to misleading me to believe that there could be more.

There's been this major shift in the culture, one that I hope to identify as there are so many other women like me who have and continue to share in these experiences.  What is happening?! What has changed?! Why are men like this?!

Though not directly related, yet it could be as I suspect many of the men who move through the world in this way are also some of the men pushing for these laws, I find it quite strange that there's so many cisgender heterosexual men who are 1) willing and wanting to have unprotected sex, 2) disengaging with women upon completion of desired sexual act, AND 3) pushing legislation preventing me from making the decision that I need to make if the unlikely outcome of the one night of splendid bliss is what I'm being blocked from having the autonomy to make the best decision for myself.  I cannot believe that in 2019 I'm asking the question "whose body is it anyway"?!