I've been pondering about this notion of the coming of age story for some time now.  I've wanted to write on it for a while now but given the state of our nation in the current moment, I felt that it would be selfish of me to write on something that felt extremely irrelevant to our political climate.  However, thanks to my access to social media, I was able to find a way to link all of these ideas together. 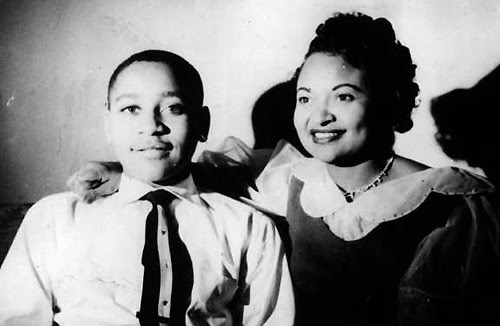 Social media reminded me of some important dates in U.S. history.  Today is the 59th Anniversary of the lynching of Emmitt Till, a young man killed at the age of 14.  Today is the 51st Anniversary of Martin Luther King's monumental delivery of his I Have a Dream speech.  Today, I have finally granted myself permission to write on Michael Brown and Erin Garner.  Today, I can intersect all of these ideas with my fascination with the coming-of-age story.

For those who follow my blog often and who know me personally, I write a lot on and speak about the intersection between film/media and culture and how both are interdependent on one another.

In order to write on such topics, I have to watch a lot of films.  Our local movie theatres see me often, sometimes as much as twice a week.  Over the year, I've seen films such as Guardians of the Galaxy and The Way Way Back and am very much interested in seeing Boyhood.  Though one may not think of these automatically as coming-of-age stories, they do have one thing in common:  audiences get to see white men grow into their own.

I've always wondered what would a fictional account of the coming-of-age narrative would be for women and men of color, particularly black men and women as we continue to be rendered negatively in the eyes of media moguls, as they triumph and overcome adversity - fighting their way towards accessing and achieving the "American Dream."  I do believe that we have a unique coming-of-age narrative in the media; it is one that paints us as beasts who must be struck down and made to be obedient to authorities even when we've been wronged.  Better yet, I don't believe that we are even allowed to have this narrative, especially when it is constructed by sources such as news media - those who are charged with delivering the play-by-play of the day rather than depictions of reality that uphold representations created by systems of oppression.

Michael Brown and Eric Garner have one unique thing in common, other than being senselessly murdered by the police.  They are statuesque black men, someone who is to be feared because of inferior characters that are dictated by stereotypes and tropes that have existed in visual culture for centuries. You may wonder why I resorted to these facts about these men, one that I haven't seen discussed in other forums as of yet.  This idea came about for me due to the quick and violent actions asserted by the men who killed them.  There was very little discussion.  There was no question and answer period digging for me facts about their whereabouts or suspicions.  Instead these men were murdered in an instant with their lifeless bodies left at the sites of their last breaths... left for others to stare at them like art work in a museum.

Though I'm unfamiliar with what police training looks like, I am confident that thanks to media programming and conditioning, the officers that killed Brown and Garner unconsciously (or maybe even consciously, one will never know) relied on such images of black men to coach them through these interactions.

50+ years past the beginning of the modern-day Civil Rights Movement, we still rely upon media images to dictate to us how we should be and relate to one another.  50+ years later, we fight to gain respect that we rightfully deserve.  50+ years later, I am forced to reflect on and ask why some are painted in higher regard by the media and art makers.  50+ years later, I have to ask myself when can we actually judge a person by the content of their character rather than the color of their skin.  Who can we count on to change these perceptions, to create narratives that somewhat attempt to render black men and women as the multidimensional people that we are?  I hope to be one of those people.  Who can I get to join me in these efforts? 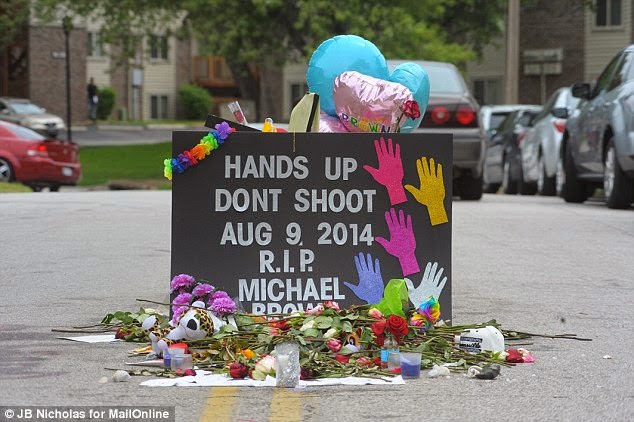